Colin Morgan made his professional stage debut in London as the titular character Vernon God Little mounted at the Young Vic in 2007. The Telegraph said that Morgan “captures all the vulnerability, confusion and gallows humour of the adolescent hero who finds himself in no end of trouble.”

That same year, Colin Morgan went on to play the role of Esteban, an aspiring teenage writer, in the Old Vic stage adaptation of Pedro Almodóvar’s Todo sobre mi madre (All About My Mother) opposite Diana Rigg. For both of these roles, Colin was nominated for the 2007 London Newcomer of the Year in the Whatsonstage.com Theatregoers’ Choice Awards.

In 2008, Colin Morgan appeared in the Young Vic production of Thomas Babe’s A Prayer for My Daughter. The Independent noted Morgan brought Jimmy to life through “twisting, twitching mood-swings and mix of half-druggy cackling punk and half-angelic visionary.” Variety also singled out his “remarkable level of twitchy intensity.”

In 2011, Colin performed in the Royal Court Theatre production of Pedro Miguel Rozo’s play Our Private Life to favourable reviews as Carlos, a “bipolar compulsive fantasist” homosexual who suspects he was molested by his father as a child.

On 9 December 2012, he performed the role of Gary, a flamboyant dance instructor trying to win the heart of one of his students, in Step in Time at The Old Vic 24 Hour Musicals Celebrity Gala in aid of The Old Vic Trust.

Colin Morgan played Ariel opposite Roger Allam’s Prospero in the 2013 Globe Theatre production of The Tempest, which was later broadcast to cinemas as part of Globe On Screen in May 2014, with a subsequent DVD release in July 2014. For this role, Colin sought to imbue his portrayal of Ariel with “ethereal stillness” and “acrobatic precision”. The Washington Post critic said that he “can’t remember a better Ariel,” and that Colin Morgan’s portrayal was “mysterious, in a way I’ve never quite experienced before — also wonderfully vulnerable”.

From 2013 to 2014, Colin made his West End debut as Skinny Luke in Jez Butterworth’s dark comedy Mojo at the Harold Pinter Theatre. Radio Times described Morgan’s performance as “an accomplished study in human weakness … played with precision and pathos.”

Colin Morgan made his National Theatre debut in May 2018, starring in production of Brian Friel’s Translations, directed by Ian Rickson.

In television, Colin Morgan first appeared in 2007 as the embarrassed gay son John Leary in sketches on The Catherine Tate Show’s “Christmas Special.”

In 2008, he portrayed the conflicted teenager Jethro Cane opposite David Tennant in the fan-favourite Doctor Who episode “Midnight.”

Colin Morgan is best known for playing the title role in BBC TV series Merlin from 2008 to 2012. Merlin chronicles the adventures of a young warlock who serves as Arthur’s servant and Gaius’ ward; Merlin must secretly develop his magical gifts under the gaze of Kings Uther and Arthur, both of whom despise the art.

The show was loosely based on the Arthurian legends of Merlin and his relationship with King Arthur. Colin was nominated for and won multiple acting awards, including the Caron Keating Outstanding Newcomer Award in the 56th annual Variety Club Showbiz Award ceremony on 16 November 2008 (at the start of the series) and the Best Actor in Drama Performance: Male award in the 2013 National Television Awards (at the conclusion of the series).

The role of Merlin proved difficult to cast, according to co-creator and executive producer Johnny Capps. “We had to find an actor who has a broad playing range, someone with the lightness of touch who will be able to deal with action and magic”, Capps said in a 2011 interview. “We had an instinct about Colin. At first we weren’t sure about him but then saw him again and again and we watched back his final auditions and said, ‘He’s perfect for the part.” Before auditioning for the role, Colin Morgan received the script for Prince Arthur by mistake. He only had five minutes before his audition to read over the correct part.

After spending 2013 in back-to-back stage productions, Colin Morgan reappeared on television as an ambitious journalist in an episode of the 1950s Irish crime drama Quirke, based on the books by John Banville.

Later that year, he took on the role of detective sergeant alongside Gillian Anderson and Jamie Dornan in the second series of The Fall. Colin was approached to play the role, meeting with writer Allan Cubitt and lead actress Gillian Anderson in London to discuss his involvement. To prepare for his performance, Colin Morgan read up on police procedures and spoke to the set’s police advisor. He also did an impromptu interview of two police officers he saw in the street in London.

In June 2015, Colin Morgan began his role as the mysterious fugitive Leo Elster in Humans, a British-American AMC/Channel 4 eight-part science fiction drama adapted from the Swedish series Real Humans. Humans was Channel 4’s highest-rated drama since The Camomile Lawn (1992). Reviewer Paul Simpson described Colin as one who “always rises to strong material, and his performance has become increasingly engaging as the series has progressed.”

In the summer of 2016, Morgan starred with actress Charlotte Spencer in the BBC One Victorian era ghost hunter series The Living and the Dead as the central character Nathan Appleby.

Later that year, he reprised his roles in The Fall’s Series 3 and in Series 2 of Humans.

Colin Morgan portrayed a homeless drug-addict opposite Colm Meaney in the 2010 independent Irish film Parked, for which he spent several weeks in Dublin researching drug addiction and homelessness. Colin Morgan’s performance was praised by multiple critics and director Darragh Byrne.

In 2011, Colin Morgan appeared in the film Island, an independent adaptation of Jane Rogers’ novel of the same name.

April 2014 – Testament of Youth, Oxford, England, Colin Morgan portrayed WWI British soldier Victor Richardson, in the BBC Films and Heyday Films feature adaptation of Vera Brittain’s World War I memoir Testament of Youth. To prepare for the role of the soldier, Colin read Brittain’s works, as well as personal letters exchanged between Vera, Victor, and their friends. He also contacted a Blind Veterans Charity in Brighton, which allowed him to interview blind people. The British Film Institute’s brochure said, “Shining brightly and lingering long in the mind afterwards, are the performances of three rising British stars – Colin Morgan, Taron Egerton and Kit Harington”.

In the fall of 2015, Colin Morgan was featured as Frankie Shea, brother-in-law and personal driver of Tom Hardy’s Reggie Kray, in the 1960s London gangster film Legend based on the book The Profession of Violence: The Rise and Fall of the Kray Twins by John Pearson.

For two days in Blackpool, from 9 to 10 May 2015, Colin Morgan filmed The Laughing King, a short film by White No Sugar TV and Funky Films in support of the UK charity Campaign Against Living Miserably’s (CALM) push to raise awareness regarding depression, mental illness and male suicide. He played the role of Jake, a young man who arrives in Blackpool, the seaside town of his childhood, determined to end his life. It was released on 12 January 2016, in the London Short Film Festival.

In April 2016, Colin Morgan portrayed the Duke of Blackwood in the Snow White and the Huntsman spin-off, The Huntsman: Winter’s War.

Colin Morgan filmed Waiting for You from May to June 2015, co-starring with French actress Fanny Ardant.

In the fall of 2016, Colin filmed the Oscar Wilde biopic The Happy Prince alongside Rupert Everett and Colin Firth, in Bavaria, Germany.

In the summer of 2017, Colin Morgan played the title role in Benjamin, a film written and directed by Simon Amstell.

Colin Morgan took part in BBC Radio play Cry Babies by Kim Newman on BBC Radio 4 in March 2009, playing the part of Roger. In December 2014, he starred as Newton Pulsifer in the first audio dramatisation of the popular book Good Omens, written by Neil Gaiman and Terry Pratchett, directed and adapted by Dirk Maggs, and produced by Heather Larmour, also on BBC Radio 4.

On 4 December 2016, Colin Morgan read Autumn Journal on BBC Radio 3, which was about Louis MacNeice’s poetic testament of life in 1938, written against the turbulent backdrop of the Munich Agreement, the fall of Barcelona and Britain’s preparations for an inevitable war.

For the 100th anniversary of the Titanic’s sinking on 14 April 2012, Colin Morgan performed readings from survivor accounts and testimonials during Titanic: A Commemoration in Music and Film, broadcast live on BBC2 from Belfast’s Waterfront Hall.

On 27 August 2014, Colin Morgan narrated Big Mountain Productions’ Addicts Symphony on Channel 4. The one-off documentary followed composer, musician and recovering alcoholic James McConnel as he brought together ten classical musicians whose lives had been blighted by addiction for a spectacular concert.

From October 2009 until its conclusion in March 2011, Colin Morgan was an ambassador for the A Night Less Ordinary scheme in which Arts Council England offered free theatre tickets to anyone under 26 years old. He contributed a painting from the Merlin: Colin and Bradley Quest series to the 2010 BBC Children in Need auction. It sold for £620.00.

On 9 April 2011, Colin collected funds for the Great Ormond Street Hospital. On 9 December 2012, he was a part of the 24 Hour Musicals at the Old Vic Theatre, which brought together more than 30 actors, directors, writers and composers to create four short musicals in just 24 hours. The process culminated in four world premieres presented to an audience of more than 1,000, and raised £182,000 towards the work that the theatre does with emerging talent, schools and the community.

Colin Morgan loves cooking. He explained that being a vegetarian and lactose intolerant contributed to this hobby because it is important to eat healthy to stay healthy and in good shape for his career. He cares deeply for all things environment related and therefor loves to visit nature parks.

Colin Morgan is an accomplished Bodhran ( Irish drum ) player, a strong swimmer and has a BAF 1 Star Stage Combat Certificate.
He has a great ear for accents. Apart from his native Northern Irish one, he can do RP English and American English.

Colin Morgan does not participate in social media, saying: ” There’s no social media or googling yourself. You only have to do it once to learn never to do it again.”

WARNING:  Now you can find the website only here on wordpress.com

The website dedicated to the talented Irish actor Colin Morgan.

You may know him for many fascinating roles ( Merlin, Humans, The Living and the Dead, The Fall, Testament of Youth, Parked and more … )

* Colin Morgan will play in the movie Genuine Fakes. It will be released in 2020. Colin will be John Myatt, the infamous art forger in the 1998 Tate archive case.

* Colin Morgan will star in UK-Ireland black comedy The Dead Spit Of Kelly, with Jason Isaacs and Jim Broadbent. 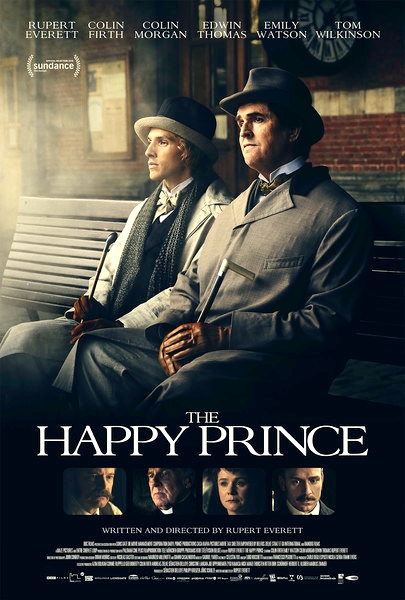 Photo: Waiting for you Official Poster 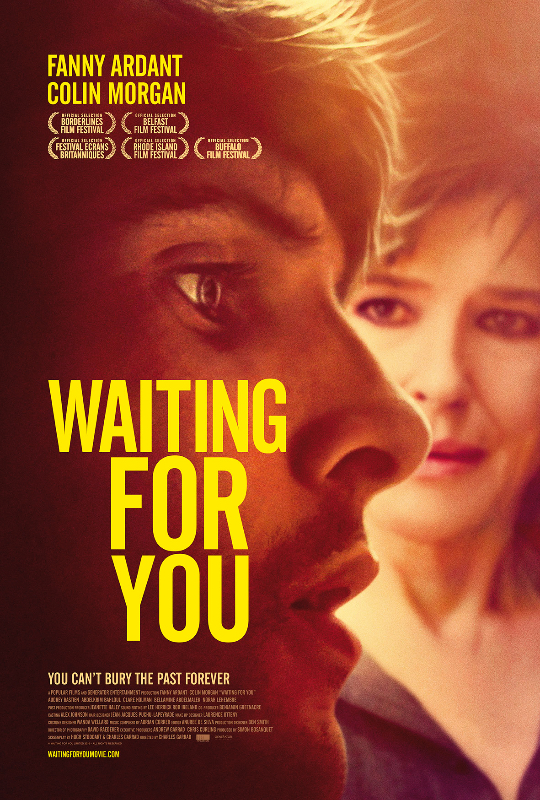 © Colinmorganwebsite is a non-profit website dedicated to the Northern Irish actor Colin Morgan.

All multimedias contents are copyrighted to their respective owners. No copyright infringement is intended. They are posted here strictly for non-commercial promotion of Colin Morgan.

Warning: We’re not Colin Morgan. He doesn’t have official source on the web.